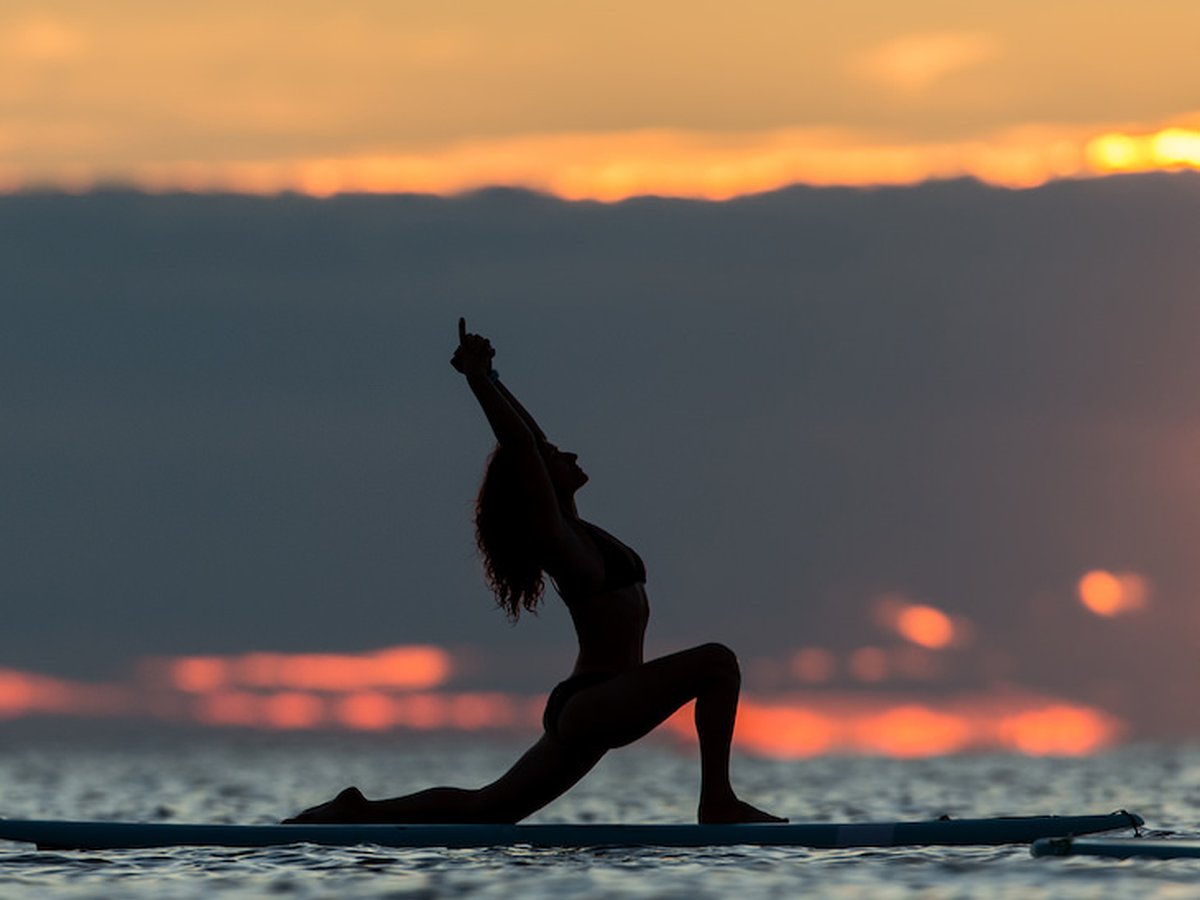 Tihana is the founder of "Metta Float Yoga & SUP" center and the pioneer of SUP YOGA in Croatia. She is a certified conditional trainer.

In 2001 she went to India for the first time where she discovered the traditional yoga philosophy and has embraced it as her spiritual lifestyle.

Heading off to Puttaparthi and staying at the "ashram" left a major mark in her spiritual growth as did her meeting with Sathya Sai Baba who became her Guru. During all of her following visits to India she would spend at least 2 months in Sathya Sai Baba's ashram devoting herself to Karma Yoga through which she had very intense spiritual experiences and transformations that would affect her personal growth.

On her way back from India she met GianChitam who became her teacher and passed on her knowledge of integral yoga of the Satyananda Bihar School of Yoga tradition.

In 2009, on her 5th trip to India she settled at Satyananda's Ashram in Bihar to finish a 4-month "Yogic Studies" course where she received her Jignasa Diksha, her 2nd initiation from Swami Niranjananande.

Ever since she has become an insatiable seeker, thankful for discovering her new way of life which constantly reveals the endless possibilities within us, and deepens her personal development.

The very same year she started her 3-year college education and received a degree as a fitness trainer.

In 2011 she went to Dharamsala (India), where she successfully finished a 14-week course to become a certified yoga teacher in the Himalayan Iyengar Yoga Center under the guidance of Sharat Arora (Anand Sagar), a long-time student of B.K.S. Iyengar.  Later on, her practice growth will be influenced by croatian Iyengar Yoga teacher Nataša Stršen and indian teachers Uday Bhosal and HS Arun during numerous workshops and educations.

The same year, influenced by the Buddhist philosophy she had embraced during her stay in Dharamsala, she also completed a 10-day course of Vipassana meditation in Dehradun, India.

Between her trips to India, Tihana used to spend her summer months in the Croatian coastal city of Umag where she worked in a hotel resort as a sports coach giving classes in English exclusively.

The turning point in her career happened in 2013, when she decided to open the first SUP Yoga Studio in Croatia and the region, which became her first solo project. It took only a few months from the inception of the idea to its realization. Everything just fell into place. There isn't anything better than spending time in a yoga studio created by Mother Nature itself.

Just before the beginning of the first Metta Float season she headed off to Portugal's beautiful Baleal Beach where she finished a Stand Up Paddleboard course for paddling on calm seas, rivers, and waves in accordance with ASI (Academy of Surfing Instructors) standards.
During 2017 Tihana underwent the pranayama education with master Sri O.P.Tiwaryji and the Jivamukti Teacher Training course 300hr in India.

In 2019 she organised her first SUP clinic in cooperation with one of the worlds best SUP racers, the italian Paolo Marconi. The success of the event encouraged her and Paolo to make plans again for this (ili next) season.